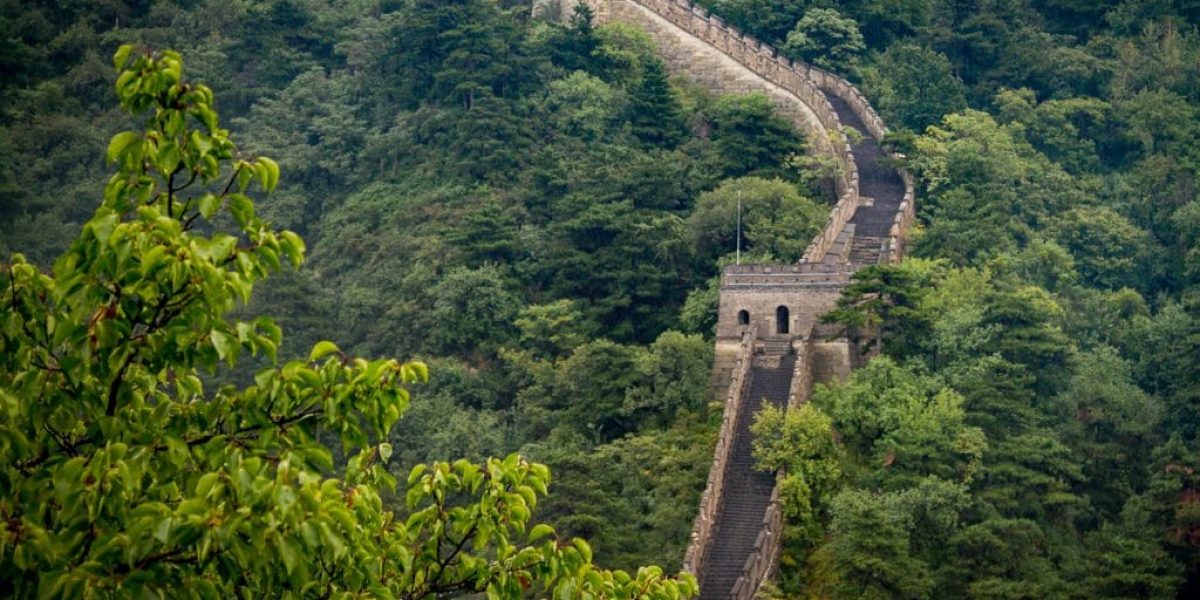 A dream of mine for years has been to visit the Great Wall of China. I didn’t want to just show up and snap a photo however, I always envisioned hiking along the wall into the ruined sections, away from the tourist hustle. I finally got my chance this year and it was as incredible as I imagined. We hiked only 15km of the 21,000km wall but it was one of the most incredible experiences I have ever had. 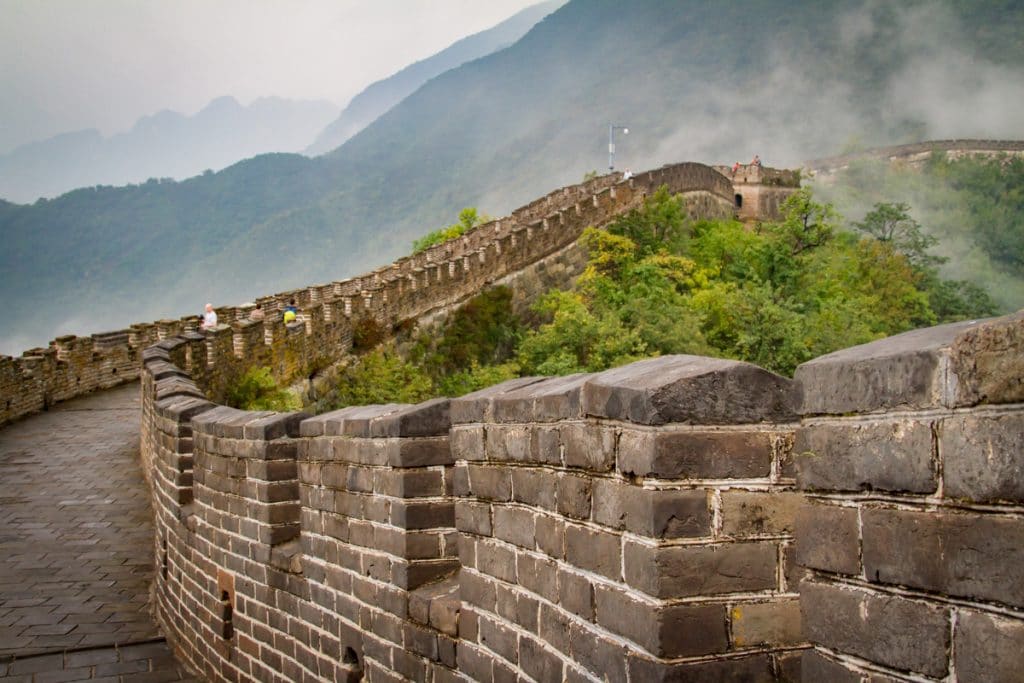 We started our journey in Mutianyu, a section that is popular with day trippers from Beijing, then journeyed towards the village of Xizhazi. As expected the wall was busy with tourists but it was still worth seeing the beautifully restored section of the wall.

We started at tower 5 via cable car up and then hiked west along the wall to the end of the tourist section at tower 21. The day was slightly rainy and the low hanging clouds in the surrounding mountains look mystic and beautiful as the wall snaked away into the distance. 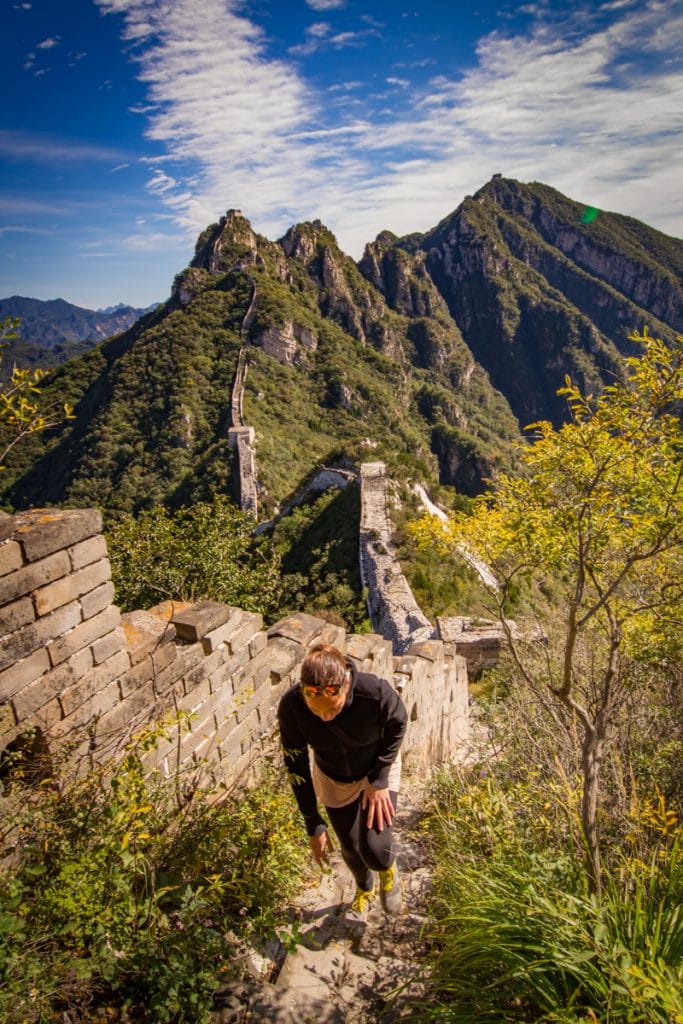 After a short lunch break and photo-stop at tower 21, we hopped the barrier and continued into the ruined section of the wall. It was much more littered and damaged than the previous section. There was evidence of people sleeping or cooking meals along the wall, and the surfaces all became more rugged and uneven. We continued on and the mist gradually drifted up around us, obscuring our views. 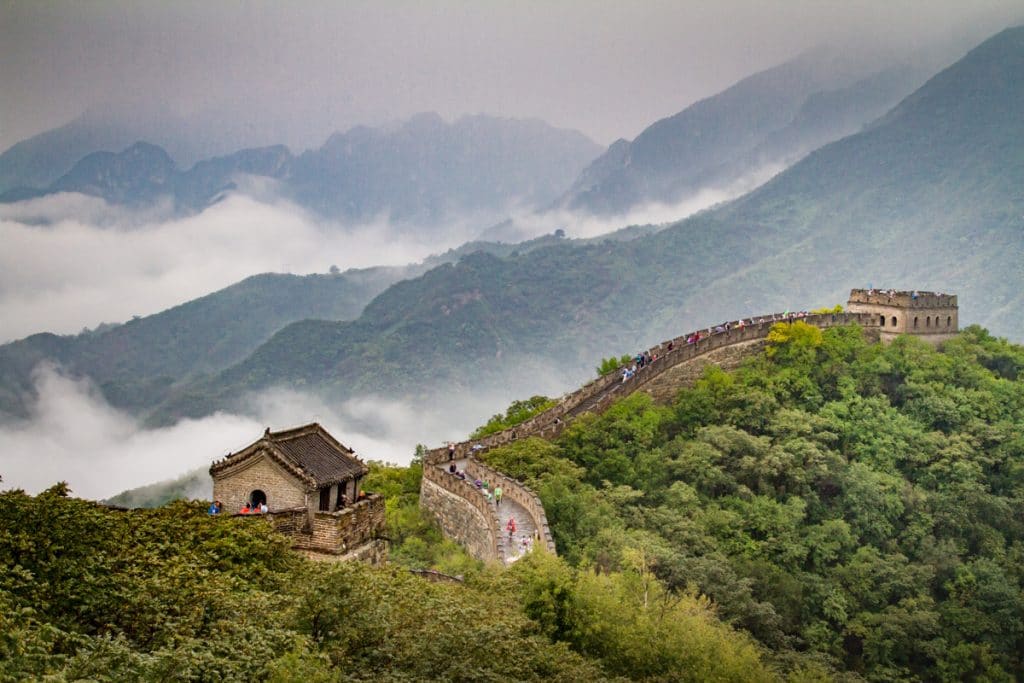 We met our guide a ways along and he walked with us into the overgrown and crumbling next section. We had to bushwhack through stretches where the vegetation almost completely engulfed the wall, as it continued to twist and turn across the mountains. In some sections, we had to climb off the wall and join it again when it was more stable or use our hands to scramble up steeper slopes.

We eventually reached a tower where some locals were having a fire and cooking lunch, and from that point, the wall became too degraded to continue. We climbed down off the wall via a wooden ladder and then walked down a jungle pathway for several km to a small village to spend the night. From our guest house, you could see long sections of the wall impossibly hugging the top of steep mountain tops all around us. We were on the outside of the wall now but it seemed to almost totally surround us in every direction. 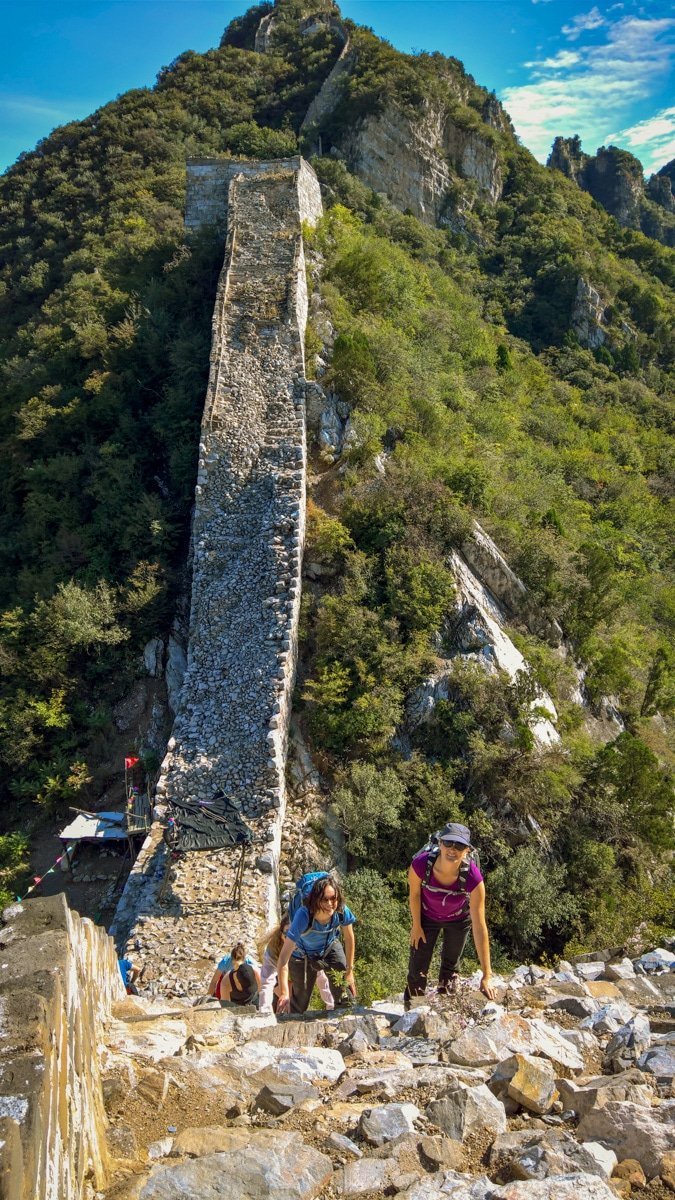 In the morning our guide took us back to begin our next hike from a different section. We steadily climbed up through thick jungle until the wall was suddenly above us. There was a stretch of wall that had collapsed, making it accessible to us and we carefully scrambled over the rubble and climbed back onto the wall again. After scrambling up a very steep section, we again found ourselves on a high mountain with a brilliant view in all directions. The day was clear and crisp and you could see the valley stretch into the distance on both sides with the wall, twisting around every mountain peak as far as you could see. It was like something out of a dream, and not a single tourist in sight. 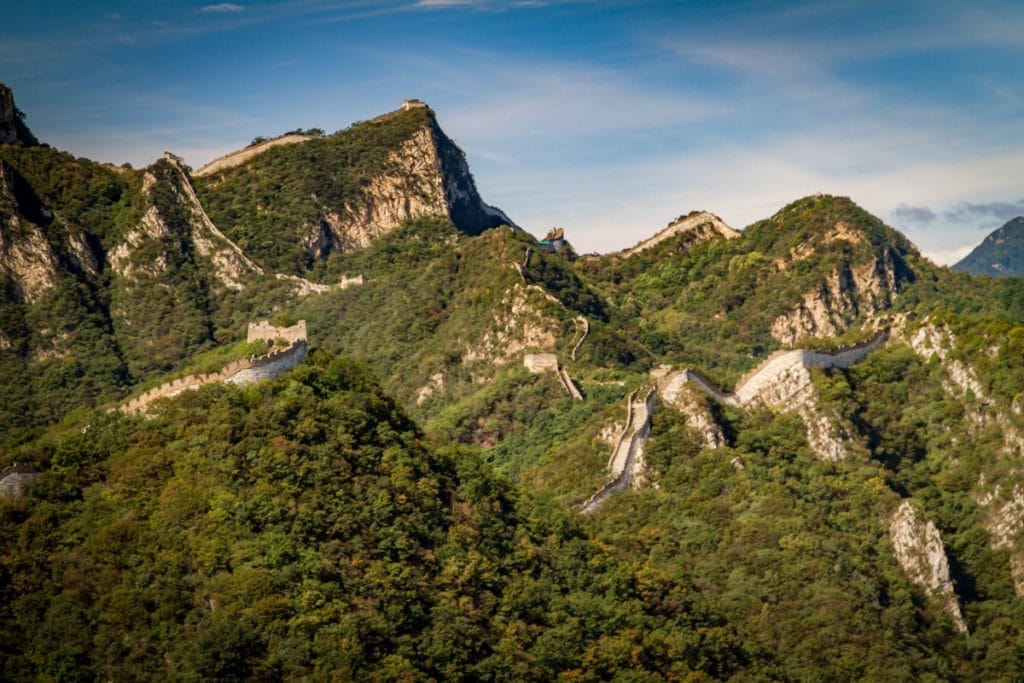 To see the wall is an amazing thing, but to experience a silent moment on an ancient and crumbling section among mountain tops, is priceless. If you make the journey to China make sure you take the time to really experience the wall, it will leave you breathless. The grandeur, length and sheer impossibility of it truly makes it a world wonder.