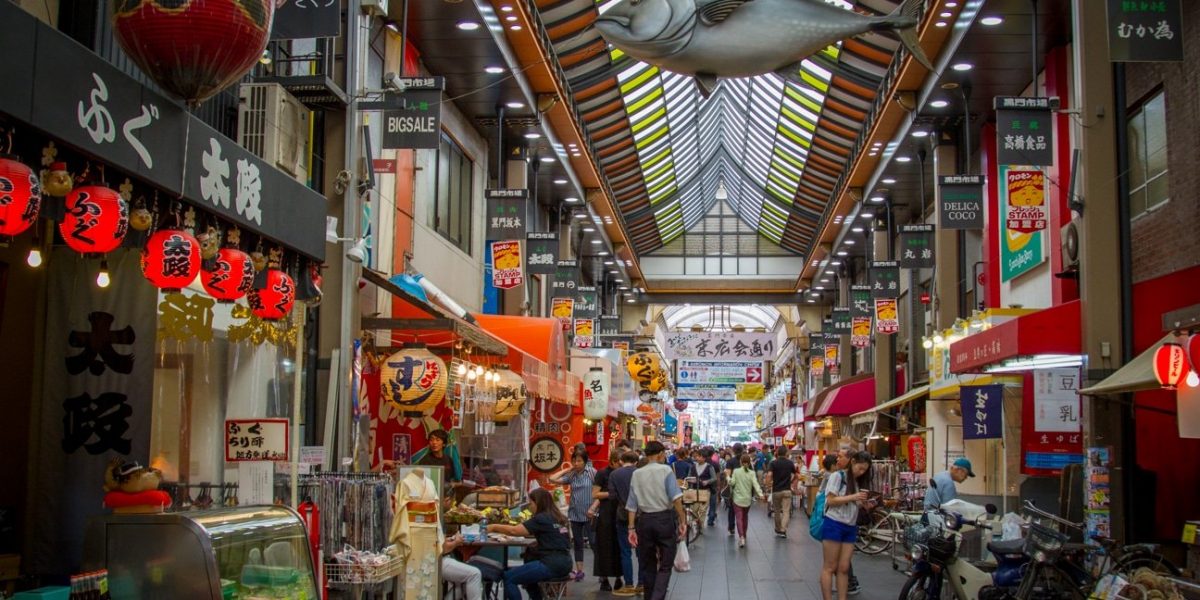 How to Travel Gluten Free in Japan

Japan is one of the hardest countries to be gluten free that I have ever traveled to. Almost everything is served with soy sauce or breading, communicating or reading food labels is nearly impossible, and as Japan has one of the lowest instances of Celiac Disease, there is little cultural understanding about what it means to be ‘gluten free’. but with some preparation, it’s possible to travel safely and still enjoy Japanese cuisine. It’s a beautiful and fascinating country, so don’t let the food challenges turn you off visiting. I spent two weeks travelling through both major tourist hubs and off the beaten path spots, was ‘

With some preparation though, it’s possible to travel safely and still enjoy a little bit of Japanese cuisine along the way. It’s a beautiful and fascinating country, rich with history, that is safe and rewarding to explore so don’t let your food challenges turn you off visiting. I spent two weeks travelling through both major tourist hubs and off the beaten path spots. I was ‘glutened’ twice, and was surprised it wasn’t more. I have been to 28 other countries and the only other place as hard to travel gluten free, was China. It was worth it though, but planning is critical.

Here are some tips for a safe and healthy gluten free trip:

I highly recommend careful pre-planning before you arrive in Japan. Plan to shop for supplies several days in advance to help ensure you have everything you need, as it’s very hard to find gluten-free products or familiar Western food brands in Japan. Below are some suggestions of food items to bring with you, and tips to get ahead of the difficult language barrier.

Bring your own soy sauce

I can’t emphasize this enough. Unless you are ok with having your sushi and sashimi with lemon and salt, bring your own soy sauce. Bring it out with you everywhere you go. Every meal will be seasoned with it. Having your own sauce will make your meals more enjoyable, provide you more options and give you more ability to fit in for group meals. If you can bring one-off individual packs, that might be easier than bringing a whole bottle, but I went through a lot and it was easy to pack a bottle in my suitcase.

There were many meals where I couldn’t join in, and could only have plain rice and raw fish. There were other times where I couldn’t find a restaurant that would serve me for hours. Having a supply of GF granola and Lara bars really helped. I went to Costco before my trip and bought two boxes of Peanut Butter Chocolate Lara bars. I ate like 16 of them in two weeks (and will never eat one again!). Plan at least one GF snack per day of your trip.

I always recommend bringing language cards for travel to any foreign destination, but the language and cultural barrier are even harder in Japan, so absolutely bring language cards. I found the most successful ones were the lengthier ones, that present the info as “what I can’t eat” items as well as ” what I can eat” items. These significantly increased my options over very basic ones which only detailed what foods to avoid. With the simpler cards, several restaurants just told me ‘no’. Even consider bringing a few different cards to try.

This is difficult for non-Japanese speakers, but learning (or printing a card with) even the 3 main ‘kanji’ symbols that represent wheat, barley and gluten will help when reading the packaging on food and snacks. Luckily Japanese packages clearly list ingredients, so even if you have to show the package and a card to a local, they will usually understand how to help you read it. Even better is to get a wifi plan and use google translate to read labels looking for obvious gluten.

Make sure these kanji don’t exist on food packages:

7-11 and Family Mart convenience stores are everywhere in Japan and have several good GF options. I regularly found hard-boiled eggs, edamame beans, fruit and plain rice ‘onigiri’ triangles. There is also onigiri with meat and red bean inside, which may be gluten free, but you need to check the label. These items combined were a daily meal for me, and great for long distance travel as most train stations have convenience stores.

Eating these items from convenience stores was often a better option for me than trying to eat in restaurants, and much cheaper too. Many major cities have familiar chain restaurants, and items like fries at McDonald’s are rumoured to be gluten free but I can’t confirm that.

Although I found no speciality stores selling gluten free products, there is a chain of international food stores called Kaldi, which can be found at most major train stations. They sometimes have recognizable brands from home or other ethnic foods which might be useful in cooking meals for yourself. For example, they had tortilla chips, Thai curry sauces and also Vietnamese rice noodles. The large chain store Don Quixotes may have familiar brand snack foods or items like fruit chips.

I highly recommend staying in an apartment or guesthouse with a kitchen when possible. Cooking your own meals is both safer and cheaper when travelling in Japan. Grocery and food stores will have meats, dairy, rice and produce. Spices and sauces that will be hard, so if you plan to self-cater a lot, it wouldn’t hurt to bring some flavouring items.

The main gluten free options in Japanese restaurants include; sushi and sashimi. If you don’t bring soy sauce, ask for lemon and salt to flavour. Don’s assume sushi is always GF though, sushi rice sometimes contains vinegar made with wheat or barley. Also, make sure they don’t use soy sauce to pre-marinade fish.

Other options that might be gluten free include; yakitori meat skewers (ask for it prepared with salt and no soy sauce) and shabu-shabu, which is meat and vegetables that you cook for yourself in a hotpot. On the rare occasion, you can also find soba noodles made with 100% buckwheat, but be mindful that the ‘hot’ or ‘with soup’ noodles likely have soy sauce added to the water, so ask for cold, plain noodles and use salt to flavour or ask for hot water and use your own soy sauce to flavour.

Lastly, don’t feel limited to only Japanese restaurants, I had one of the most incredible Mexican meals of my life at a restaurant in Shinjuku (the red light area in Tokyo) and some great Thai and Indian meals in other Japanese cities as well. They often speak English in popular tourist restaurants but it is safer to bring language cards in a variety of languages if eating out a lot. A server who isn’t Japanese may not be able to read the Japanese language, so having a few popular language cards can help.

Of the 30 or so countries I have travelled to, Japan (and secondarily China) was the hardest country to travel gluten free. I had a few incidents, despite careful pre-planning, self-catering, and very simple meals. It can difficult to explain your needs within the cultural and language barriers, but the people graciously want to help you. There is just a lot of wheat and soy sauce in everything. That aside it’s an incredible country that I am so glad I visited.

Always wanted to stay here. Did you know Three Val